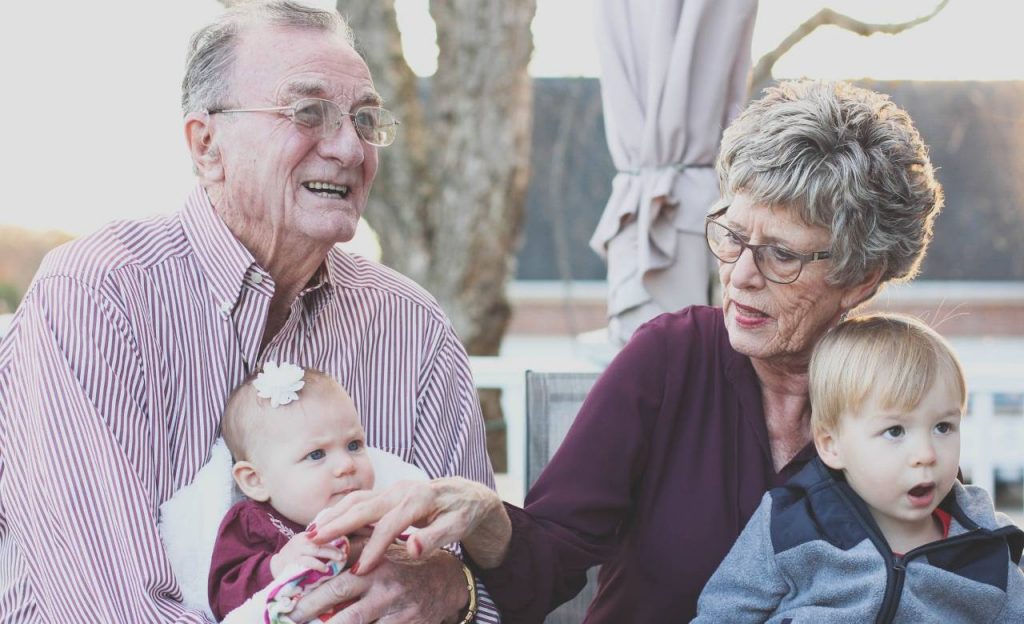 My mother had a great answer for anyone who asked her age in her later years, “I’m as old as my tongue and a little older than my teeth,” she would smile. A good way to avoid disclosing her actual vintage but the answer still didn’t get around that word old with all its connotations, most of them negative.

No one really likes to be described as old do they? Our ideas about old age are rooted in the past: take Shakespeare, so often quoted on the seventh age from As you Like It “Sans teeth, sans eyes, sans taste, sans everything.” Hardly in tune with the 21 st century when people in their seventh decade are wealthier, healthier and longer lived (life expectancy is stretching by a whopping three months a year in Ireland) than ever before.

What can you say instead of old? There are alternatives like Elders, which, in my mind anyway, conjures up a vision of wise old chaps sitting around chewing the fat. Or Seniors, popular in America but which has a bit of a blue rinse ring about it, OAPs (not only no longer young but past working too,) mature, well good for describing cheese and wine or the French Les Anciennes, positively pre-historic …

Acronyms can be catchy and have a way of shaping our perceptions look at Yuppies, (Young and Upwardly Mobile), Dinkies (Double Income No Kids), Skiing (Spending the Kids’ Inheritance). Maybe there are possibilities in that line? VOPS Vivacious Older People, TAFS Third Age Folk, HIPEs Have Income Plus Energy or NOATS Not Old At All – maybe not though …None of the above really sound right for Baby Boomers – those born between 1946 and 1964 who are reaching what is still considered to be old age at 65+. This is the generation who never had it so good, who grew up with youth culture and expect life to continue being great. Apparently (according to surveys in the States at any rate) Boomers think that being old begins much later and they think of themselves as feeling nine years younger than their chronological age. For me it’s someone ten years older than I am.

Legislation to change behaviour is becoming fashionable – like proposed tax breaks for environmentally friendly houses and cars – and you could have laws forbidding ageist terminology like referring to oldsters -sorry NOATS as old farts or similar epithets. And how about a ‘ME TOO’ campaign to enforce political correctness around elders; no more giving up your seat on the bus for an old dear (whoops). After all those on the plus side of 65 are becoming a force to be reckoned with, currently 11% of the population, and the number is expected to double in the next 30 years in Europe (barring a mass exodus of NOATS to sunnier climes). But what we really need though is a new word which encapsulates the way that ageing has changed, getting on in years no longer means the same as it did back in the day. Who thought of spotty youths as a vibrant culture and a lucrative market until someone coined the word teenager? A national competition might succeed in minting a new expression for NOATS. Meantime I like the idea my niece came up with. I am not an Aunt to her kids, but a Grand Aunt, to shorten things up she simply referred to my husband and myself as The Grands. And when you think about it those of us who are getting on are grand aren’t we? Never better.